Like the artist himself, Albert Smith’s paintings are humble at heart.

In his Menlo Park studio, Smith offers a shy smile.

“I draw mostly with that pen right there,” he says — and points at a black Sharpie marker.

A basic tool for a regular guy.

Smith has been a successful painter and art gallery owner for 50-some years, running the Atherton Gallery in Menlo Park from 1959 to 2006. He’s had solo shows in Japan and London, and the Chelsea Art Gallery in Palo Alto currently has an Albert Smith retrospective on. But you have to read his bio to learn these things.

Smith doesn’t toot his own horn or offer flowery descriptions of his creative process. (He even asked a Weekly reporter not to put his picture on the cover.) He’s simply a self-trained artist whose work seems just to flow.

First he does drawings, sometimes hundreds of them. They’re often inspired by buildings and shapes he sees from hotel windows during Europe trips.

“Then I go through the drawings and something appeals to me. Things subconsciously develop,” he said.

Smith typically finishes his paintings — mostly abstracts, some still lifes — in one sitting. Because acrylic paint dries so fast, he washes his brushes every 10 minutes.

Then, he has a refreshing way of letting his paintings go. He purposely leaves them untitled, allowing viewers’ interpretations to go where they will. 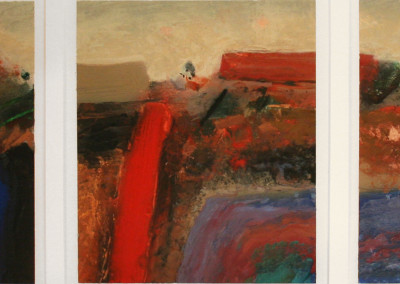 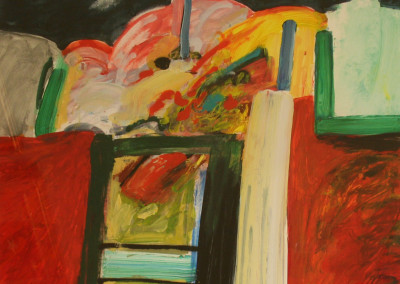