In addition to the Carmel Art Association Gallery, she was one of only five artists who exhibited their works at the Valley Hills Cooperative Gallery in Carmel, the Monterey Museum of Art, the Pacific Grove Museum of Natural History, the Monterey County Fair, the Santa Cruz Art League, as well as various locations in Oregon, Washington, and the Monterey Peninsula. 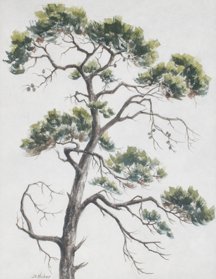