Paul Ferney is the second youngest of six kids, raised in Northern Utah. His mom encouraged them to appreciate detail and create art—she is an artist. Paul’s brothers all became engineers, though artists at heart. He became an artist but an engineer at heart. Weight, wood, erosion, ceiling tile, decay, growth, light, and movement inspire Paul.

Paul’s love for oil paint started while getting his BFA at Utah State. He does work besides oil—including photography and graphic design—but he prefers the permanence of oil paint to temporary design. It’s probably his vanity, but Paul loves the idea of a painting as a treasured object, interacting with and impacting people for years. 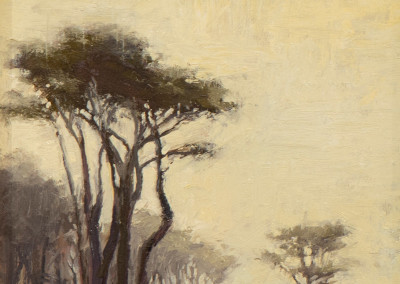