Song 姜小松 was born in 1955 in Wuhan, China, and came to Canada in 1988. He has an oriental approach to his unique style in oil paintings. He graduated with a Bachelor’s degree in Art in 1982 from The China Academy of Art (中國美術學院) formerly Zhejiang Art Academy, China ( 浙江美術學院). He later worked as an art lecturer in a university and a professional artist in Hubei Art Academy, China.

Some of his paintings were chosen by the Chinese government for art exhibitions in the U.S., Japan, Turkey, Kuwait, and Hong Kong. Five of which have been collected by the Art Museum of China . Besides participating in Chinese National Art Exhibitions, he has received numerous awards in China and abroad.

He has mostly painted en plein air in the wilderness especially during his travels in North America and Europe. He is influenced by the beautiful land and friendly people. His oil paintings won the “City of Toronto Archives Purchase Award” at the 1995 Toronto Outdoor Art Exhibition. Through his paintings, he wishes to express his love to Canada and USA and all its people. 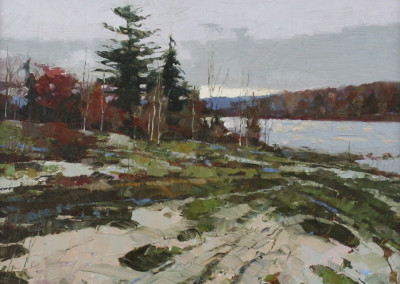 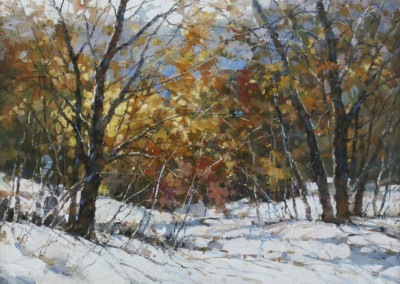