Artist Todd Goldman. Self-proclaimed professional doodler, cartoon-type illustrator Todd Goldman has, in a very short time, managed to establish himself as a provocative force within the contemporary art market carving for himself a niche forever known as post-pop art. Goldman’s simply drawn, colorful characters are oozing with cutting-edge humor and controversy, depending on your perspective. His art and irreverence captured the attention and imagination of the S2 Art Group, Goldman’s exclusive art publisher. Shortly after signing on with S2 in 2004, the Clearwater, FL-based artist had his first exhibition of paintings (acrylics on canvas signed simply “TODD”) in the Entertainment Gallery in the Venetian Hotel in Las Vegas, where Goldman showed 96 paintings, of which 87 were sold. Goldman first exhibition quickly established a pattern of success for subsequent exhibitions, 10 of which were held during his first year as an artist. Some collectors of Goldmans art have been known to acquire as many as five or six at a time, and celebrity collectors include Paul McCartney, Jessica Simpson, John Goodman and the Wayans Brothers (Marlon, Shawn and Keenen Ivory). His first hand-signed lithograph, “Peas on Earth”, was released in 2004 and he has since produced 20 lithographs, with several of these editions being close to sold out. 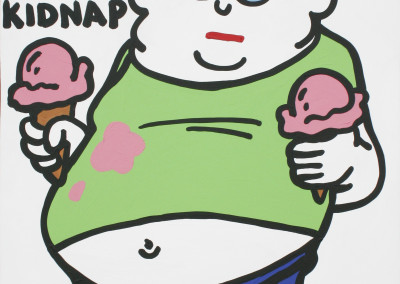 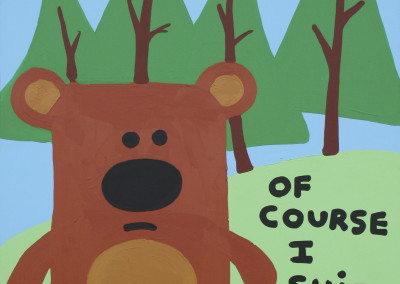